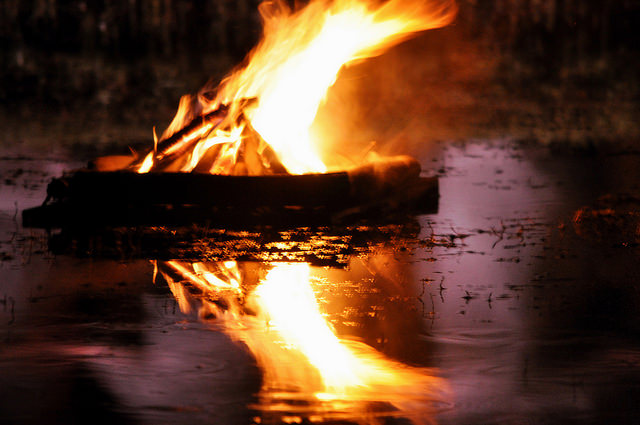 I’ve said it many times before, I tend to contradict myself.  This isn’t because I can’t stick to a certain ideal or path, moreover it is my own nature to change and evolve as a person.  I am passionate about quite a fair amount of different things and with that comes an ever-changing, humbling lifestyle that forces me to grow.  This is something that I believe is very good not just for me but for everyone.

While I may change up my mindset or beliefs, I will always maintain a simple mantra; always try to be better than I was yesterday.  The only way for someone to truly become better is to adapt to what is holding you back.  Sometimes what’s holding you back is the pure and simple truth that you are it.  It’s the one stubborn thought or opinion that you refuse to let go that holds you back from being better.  It is the painful realization that you’re wrong or made a mistake that holds you back.  To get over that is to accept your error, your mistake, and moving toward the right direction.  Now this direction may change, it will change, because in life there is no true right or wrong.  There is only what you believe to be that determines the path you choose.

Sometimes you may realize you chose wrong and turn back and other times you may again realize you were going to right way all along.  So contradicting yourself is a natural process in my opinion and I find it hard to actually counter that thought at all.  Now when I say to contradict yourself is a good thing, I don’t mean flip-flopping your own ideals and morals and concepts is a good idea.  It may actually be a terrible idea in fact because it shows the lack of conviction in you.  I believe contradicting yourself is good only when you don’t rewire your entire life to support the change.

For example, I used to believe that studying in university was a waste of time and that only those in cemented careers like medicine or the sciences should strive for higher education.  I now believe that going to college isn’t just a way to move forward in a career but also to build lasting bonds and connections, to create a sense of self and understand what you want to do and where you want to be.  Before and even during my time in college I hated the idea and never believed I’d do anything with my degree.  Now I see that it wasn’t the degree that draws success but the knowledge I obtained, the connections I forged, the ideals and concepts that I accepted.  I am thankful to have had the opportunity and now I know if I could go back I would have tried harder, much MUCH harder.

I contradict my old self, and that is okay because my old self was a fool, a dreamer and nothing more.  While I’m still a fool, still a dreamer with crazy goals, I know that I could’ve been so much more and I accept how wrong I was.  That’s what I’m trying to say is okay about contradicting yourself, when you know that if you could’ve made the change earlier, you would’ve been a better person for it.  That’s what I’m trying to say, that sometimes making a mistake is okay and is necessary to find the right answer.