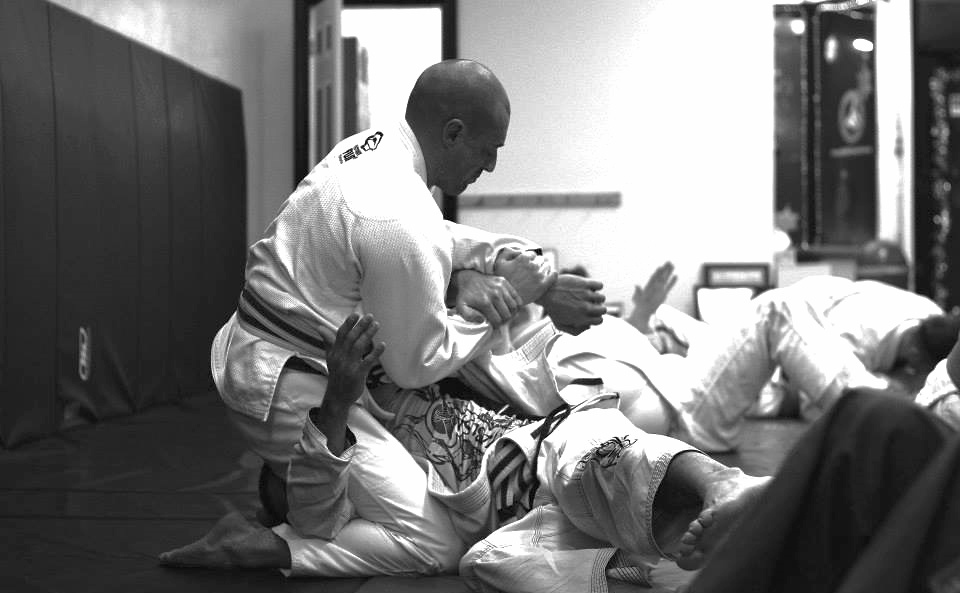 Brazilian jiujitsu, sometimes just called jiujitsu or BJJ, is a modern combat sport that has seen an amazing growth throughout the world since its inception.  It is a grappling-based martial art that teaches and preaches the idea that a smaller, weaker fighter could beat a larger opponent through control, leverage, and grappling; particularly ground techniques. 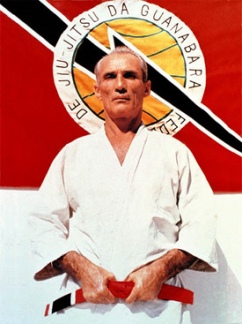 In the early 20th century, Japanese judokas like Mitsuyo Maeda and Takeo Yano were spreading the art of judo throughout the world and came across Carlos Gracie of Brazil.  Obsessed with the art, Carlos brought Maeda to his home to train with his family.  His younger brother, Helio, was a bit too small and frail to properly train the techniques of traditional kodokan judo, which often emphasized strength and power.  As such, he began to develop the more technical and fluid ground fighting of kosen judo; which was Maeda’s specialty.  From this moment on, the Gracie family began to develop the martial art of Brazilian jiujitsu.  At the time, Maeda and many others referred to judo as Kano jujutsu (jiujitsu) after its founder, Jigoro Kano.  It wasn’t until the 1920’s did Japan officially mandate the use of judo over Kano jujutsu.

It took nearly a hundred years for jiujitsu to show its true potential when it finally entered the US.  In the early 90s, Art Davie decided along with Rorion Gracie and John Milius, to start an eight-man tournament to bring masters of different martial arts against each other.  It was here that Royce Graice would begin his reign of terror, beating larger fighters through simple ground fighting.  Since that time, it is nearly impossible to find a mixed martial arts gym that doesn’t offer some form of Brazilian jiujitsu-inspired grappling.

What Sets BJJ Apart
Unlike some other martial arts, jiujitsu places heavy emphasis on competition and practical application of techniques.  Rolling (sparring) is something that pretty much every school offers on top of regular technique classes.  Without rolling, it is highly unlikely you’ll get promoted; if you do, you might want to check the legitimacy of the school.  It’s because of the performance aspect of jiujitsu that brings about a very important feature of the art; it humbles you.  There’s nothing that hurts pride more than getting thrashed by a smaller person.  It’s pretty hard to find a true jiujitsu practitioner, or jiujiteiro, that isn’t always talking about how good others are than about how good they personally are.

Brazilian jiujitsu black belts are masters of the art; it’s expected that they should be able to teach just about anyone.  This is a big difference from other ranked martial arts where receiving a black belt usually means you’ve only mastered the basics.  This is a concept that essentially everyone outside of martial arts doesn’t know or understand.  It’s often stated that jiujitsu purple belts are the equivalent of black belts in comparable arts.  What that means to me is that purple belts should not only be masters of the basics but also able to teach others those very basics.  Most other martial arts classes are taught by black belts; jiujitsu classes and even whole gyms are taught and led by black, brown, purple and sometimes even blue belts. 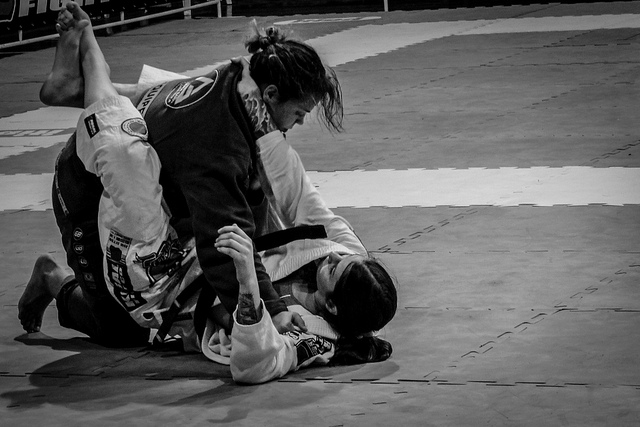 Because of the very long time it takes to reach black belt, there’s often a lot of fallout.  It’s painful, it’s humbling, it’s emotionally and physically draining but without a doubt it is worth all of the effort.  Once you get past wanting to be the best, it becomes more about wanting to be better than you were yesterday.  That’s why jiujitsu is the gentle art of humility and why getting to black belt only makes you want more.

BJJ for Self Defense
Like its parent art of judo, jiujitsu has grown to become more sport that combat system.  However, it is without a doubt, still a viable form of self-defense especially when it comes to grappling and wrestling.  A lot of doubters bash on jiujitsu for its lack of striking, but many gyms and schools also offer some form of striking alongside its jiujitsu program.  Even without that, you’d be hard-pressed to find a legitimate black belt or even brown and purple belts that can’t teach you a thing or two about defending against strikes to initiate grappling exchanges.

It may be difficult to find a school that includes practical self-defense techniques along with competition techniques, but this shouldn’t discourage you from training the art.  In fact, a fair amount of fights will end up on the ground and having any kind of experience down there is beyond beneficial.  Some would even say you should start martial arts training in grappling to get comfortable with just how uncomfortable fighting could be.

Although jiujitsu didn’t start as a system of war, the Gracie family enforced the idea of self-defense.  There are drills designed around  defending against armed assailants as well as multiple attackers.  A lot of schools have moved more toward a competition base but several Gracie schools and non-Gracie schools still use these drills among others to prepare their students for any possibility.  The lack of strikes also allows for much more realistic sparring through full power and full speed techniques.

Conclusion
Brazilian jiujitsu is one of my favorite martial arts because of the mentality you’d need to be successful.  I’ve been training in this art for about six years now and I’ve met all kinds of people from world champions to weekend warriors.  Even though most martial arts bring about discipline, control and temperance; nothing really beats how humbling this art is.  Brazilian jiujitsu came from judo which itself came from jujutsu; which was the hand-to-hand combat system of the samurai who led their lives following the honorable code of bushido.  I feel that Brazilian jiujitsu continues these virtuous teachings in its own, unique and modern way.

One thought on “Brazilian Jiujitsu”